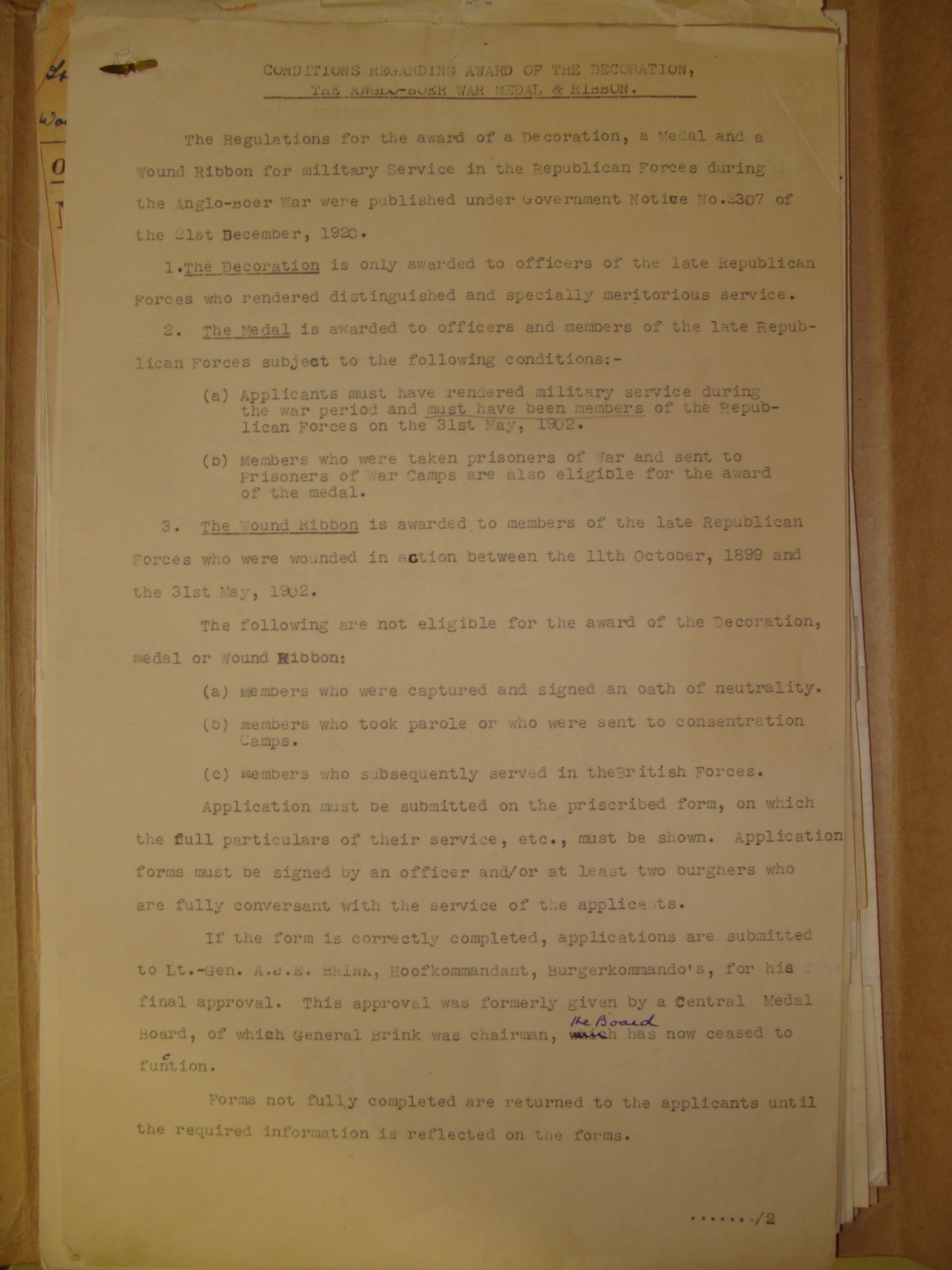 The Regulations for the award of a Decoration, a Medal and a Wound Ribbon for military Service in the Republican Forces during the Anglo-Boer War were published under Government Notice No. 2307 of the 21st December, 1920.
1. The Decoration is only awarded to officers of the late Republican Forces who rendered distinguished and specially meritorious service.
2. The Medal is awarded to officers and members of the late Republican Forces subject to the following conditions:-
(a) Applicants must have rendered military service during the war period and must have been members of the Republican Forces on the 31st May, 1902.
(b) Members who were taken prisoners of War and sent to Prisoners of War Camps are also eligible for the award of the medal.
3. The Wound Ribbon is awarded to members of the late Republican Forces who were wounded in action between the 11th October, 1899 and the 31st May, 1902.
The following are not eligible for the award of the Decorations, medal or Wound Ribbon:
(a) Members who were captured and signed an oath of neutrality.
(b) Members who took parole or who were sent to concentration Camps.
(c) Members who subsequently served in the British Forces.
Application must be submitted on the prescribed form, on which the full particulars of their service, etc., must be shown. Application forms must be signed by an officer and/or at least two burghers who are fully conversant with the service of the applicants.
If the form is correctly completed, applications are submitted to Lt.-Gen. A.J.E. Brink, Hoofkommandant, Burgerkommando’s, for his final approval. This approval was formerly given by a Central Medal Board, of which General Brink was chairman, LHE Board has now ceased to function.
Forms not fully completed are returned to the applicants until the required information is reflected on the forms.